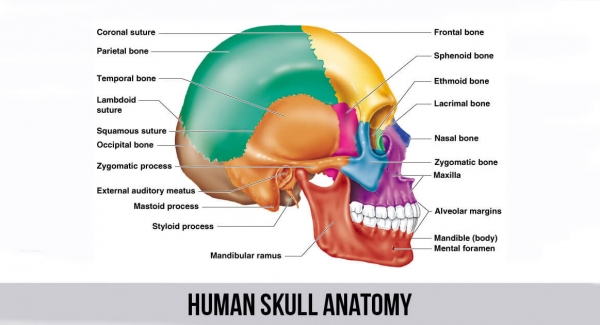 Skull Anatomy Quiz Test. Before starting the quiz about skull-anatomy, couple of things needs to be discussed. The English word "skull" is probably derived from the Old Norse "skulle", while the Latin word cranium comes from the Greek root κρανίον (kranion). To make the definition easy to understand- The skull is a bony structure that forms the head in vertebrates. It supports the structures of the face and provides a protective cavityfor the brain. The skull is composed of two parts one of them is the cranium and another one is mandible. In humans, these two parts are the neurocraniumand the viscerocranium or facial skeleton that includes the mandible as its largest bone. The skull forms the anterior-most portion of the skeleton and is a product of cephalization-housing the brain, and several sensory structures such as the eyes, ears, nose, and mouth. In humans, these sensory structures are part of the facial skeleton. Functions of the skull include protection of the brain, fixing the distance between the eyes to allow stereoscopic vision, and fixing the position of the ears to enable sound localization of the direction and distance of sounds. In some animals such as horned ungulates, the skull also has a defensive function by providing the mount (on the frontal bone) for the horns. The skull is made up of a number of fused flat bones and contains many foramina, fossae, processes, and several cavities or sinuses. In zoology, there are openings in the skull called fenestrae. Now it’s time to answer those quizzes.

The palatine processes are on which bone(s)?

True or False, the auricle and tragus are part of the middle ear?

The Occipital condyles help to form what joint?

The Occipital bone articulates with what other bones?

How many fontanels does an infant have?

Which of the following are bones of the skull cap?

What projects superiorly from the cribriform plate of the ethmoid bone?

What is the name of the process on the anterior side of the mandibular notch?

How many cranial bones make up the orbits?

Knowledge of biology quiz 14
Biology is the scientific study of life.[1][2][3] It is a natural science with a broad scope but has several unifying themes that tie it together as a single, coherent field 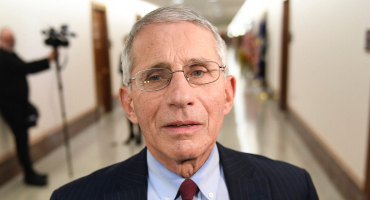 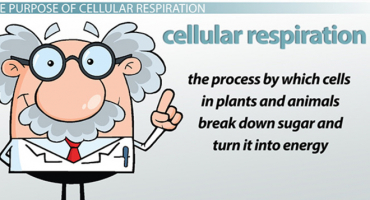 Cellular Respiration Quiz
Cellular respiration is a set of metabolic reactions and processes that take place in the cells of organisms to convert chemical energy from oxygen molecules or nutrients into adenosine triphosphat...