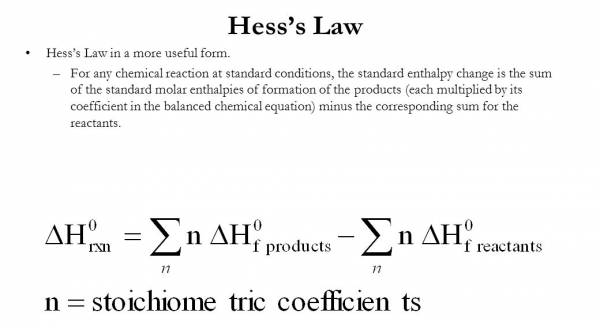 Hess\'s law Quiz Test This quiz will let us check our knowledge about Hess\'s law. Well, Hess\' law also known as Hess’ law of constant heat summation. Hess\'s law introduced by a Switzerland-born Russian chemist and physician Germain Hess. He published it in 1840. The law states that the total enthalpy change during the complete course of a chemical reaction is the same whether the reaction is made in one step or in several steps. Hess\' law is now Studied as an expression of the principle of conservation of energy, also expressed in the first law of thermodynamics, and the fact that the enthalpy of a chemical process is independent of the path taken from the initial to the final state. Reaction enthalpy changes can be determined by calorimetry for many reactions. The values are usually stated for processes with the same initial and final temperatures and pressures, although the conditions can vary during the reaction. Hess\' law can be used to determine the overall energy required for a chemical reaction when it can be divided into synthetic steps that are individually easier to characterize. This affords the compilation of standard enthalpies of formation, it may be used as a basis to design complex syntheses. Hess\'s law describes that no matter the multiple steps or intermediates in a reaction; the total enthalpy change is equal to the sum of each individual reaction which is also known as the conservation of energy law. So, this means that we can determine the total enthalpy change of A+B+C=ABC by determining this actual reaction\'s enthalpy change. Hess\'s law, also called Hess\'s law of constant heat summation or Hess\'s law of heat summation, rule first enunciated by Germain Henri Hess, a Swiss-born Russian chemist, in 1840, stating that the heat absorbed or evolved (or the change in enthalpy) in any chemical reaction is a fixed quantity

Application of Law of Thermodynamics to enthalpy changes was done by

First law of thermodynamics states that energy can not be

created
destroyed
both A and B
converted

Bhaskara suggested perpetual motion by explaining a wheel could run

At constant temperature and pressure, the volume of a gas is directly proportional to the

At constant temperature and pressure, the coefficients for gaseous species in a balanced chemical reaction can be interpreted as

What must be held constant when applying Avogadro's law?

Capillarity and Capillary Tube Trivia Quiz
The phenomena of different liquid level in a capillary tube and outside it, is called as Capillarity. 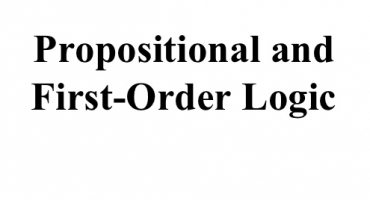 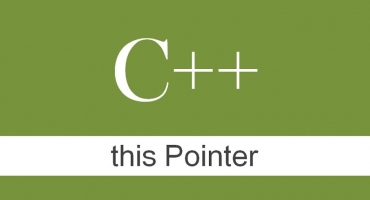 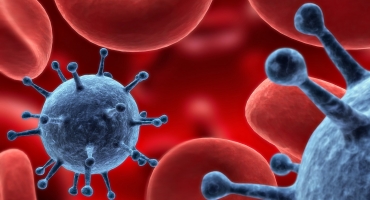 Biomolecules Quiz Biology
Biomolecule, also called biological molecule, any of numerous substances that are produced by cells and living organisms.