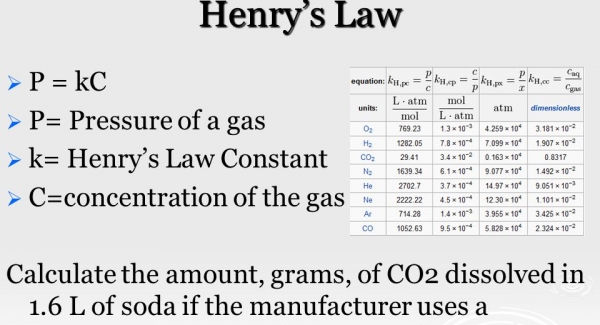 Henry's law Quiz Test "How well do you understand the laws in chemistry? Although it is not an easy subject to remember. The thing I believe, more or less you are familiar with the terms Henry's law. In this quiz, we are going to face some of the very common and important quizzes which you have witnessed before. Because Henry's Law is one of the most often used, and misused, principles of physical chemistry. Its application extends to many branches of science and engineering where the solubility of gases in liquids is an important phenomenon. Let’s look back at the history of this law. The law was first formulated in 1803 by the English physician and chemist William Henry. Henry’s law defines that at a constant temperature, the concentration of the gas that is dissolved in a given liquid is proportional to the partial pressure of the gas above the fluid. In his publication about the number of gases absorbed by water, he described the results of his experiments: ""water takes up, of gas condensed by one, two, or more additional atmospheres, a quantity which, ordinarily compressed, would be equal to twice, thrice, &c. the volume absorbed under the common pressure of the atmosphere."" The equation is C=kPgas. Where, C is the solubility of a gas at a fixed temperature in a particular solvent (in units of M or mL gas/L) k is Henry's law constant (often in units of M/atm) Pgas is the partial pressure of the gas (often in units of atm) "

Solubility of a gas in a liquid is directly proportional to:

Aquatic species are more comfortable in cold water than that of warm water because:

Which best describes the solid in gas solution:

A mixture of acetone with chloroform show:

The solid and the liquid are in equilibrium at:

What would be the molar mass of the solute, if 10 g of a non-electrolyte solute is dissolved in 100 g of benzene which lowered the freezing point of benzene by 0.50 K.

Solutions having same osmotic pressure are called:
Isochoric solutions
Isotonic solutions
None of the above
ANSWERS 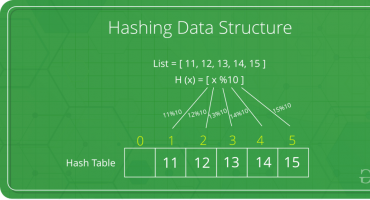 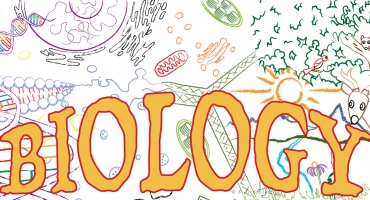 Organ system biology Quiz
This quiz helps sharpen your prowess in the topic. It also offers you a chance to see how well you know this topic. Try it out 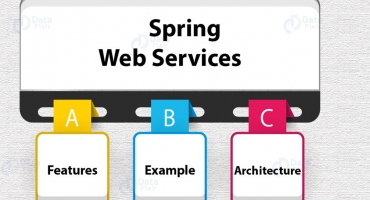 Classification of matter test quiz
Do you know how to classify matter? Matter comes in three states, including solid, liquid, or gas. Tightly packed particles compose solid matter, and a solid will retain its shape, whereas loosely ...