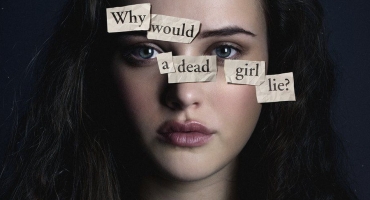 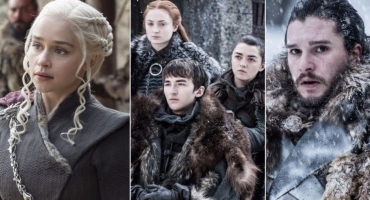 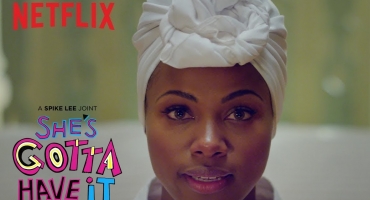 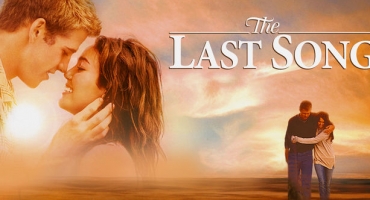 Wanna test how much you know about the show Lost Song?
Try Here !! 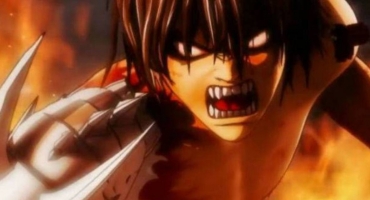 How much you know about the Nexflix Anime SWORDGAI?
Lets platy and see how big you are a fan of anime SWORDGAI? Sword Gai is a Japanese manga series written by Toshiki Inoue with original character design by Keita Amemiya and scenario by Wosamu Kine. The first twelve episodes of an anime adaption titled Swordgai: The Animation were released on Netflix worldwide on March 23, 2018. Part II was released on July 30, 2018. 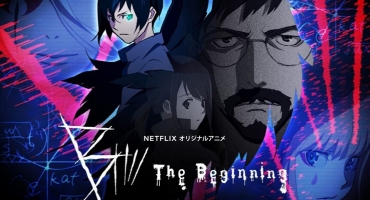 B The Beginning Quiz, Are you a true fan of B The Beginning?
Answer simple 10 questions if you know well about B The Beginning. Genius investigator Keith Flick rejoins the royal police force, RIS, just as serial killer "B" emerges and commits a double murder. Mysterious youth Koku may be an ally of the group's -- or a target. 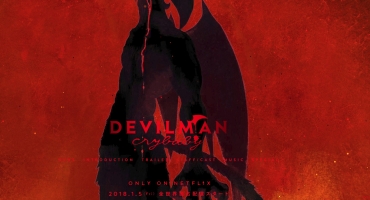 How much do you know about Netflix show Devilman Crybaby?
Let us check your updated knowledge for how much you know your favourite show Devilman Crybaby. The combination of animation and horror is not a new Genre in the cinematic world. In fact, this genre has huge following around the globe. The one who follows this genre are very well aware of the web series Devilman Crybaby. Devilman Crybaby is a Japanese dark Fantasy, horror web series based on the original manga Devilman directed by Masaaki Yuasa. It was released on Netflix as an original series on January 5, 2018. The main character of the series Akira Fudo learns from his friend that the world is under attack by the deadly demons and to defat them there is only one way, to make a bond with demons and become supernatural powerful. The mature content, brutal language, drug use, violence and sex make it very visible that this web series has targeted the adult audience to it. This web series received very positive reviews from the critics and viewers and was awarded the best Anime of the year at the Crunchyroll's 2018 Anime Awards and Yuasa as best director of the Animated web series. The 2nd season of the Devilman Crybaby has not yet been announced but taking into account of its popularity and critical acclaim, it is easy to speculate that this series will come to the screens sooner or later. Have your already watched this Sci Fi horror show, then test your knowledge by taking the quiz and I you haven’t watched it yet, then again you welcome to take this quiz to dive into the deep reality of this web series. 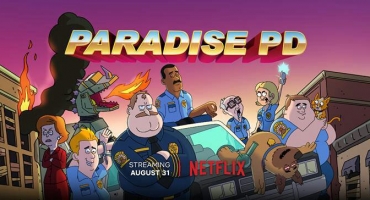 How well you know of Netflix series Paradise PD?
Test your knowledge by answering these 10 questions!!! The animation movies and web series are one of the most liked Genre of the young audience. If you are animation lover and wants to conquer more of this world, then Paradise PD is for you. Paradise PD is an American adult animation web series created for Netflix. The first trailer of the web series was released on July 25, 2018 and the season was premiered on Netflix ON August 30, 2018. Up till now, there is only one season of it having 10 episodes. The voice characters of the Paradise PD are almost the same as of the Brickleberry show. This series is all about the small town police force department of incompetent and inept officers. Paradise PD has been given a category of adult due to its mature and sexual content, abusive language, violence, drug use and sexual acts in it. This web series targeted audience is surely and adult ones. The main character of the series are Kevin Crawford, his father Randall Crawford, bullet (Dog) and Gina Jabowski (Sole female officer). They are being described as worst responders of the team. There were speculations and rumors that the 2nd season will not be made. But it was reported that season 2 of this comedy web series is already in its post-production phase and will be released soon in the late 2019. If you really want to take a joy Ride of this animation web series and wants to know more, then you should surely take this quiz. Have Fun. 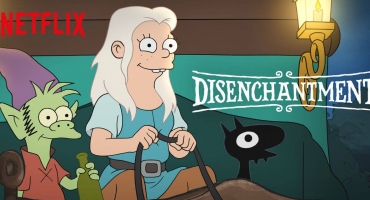 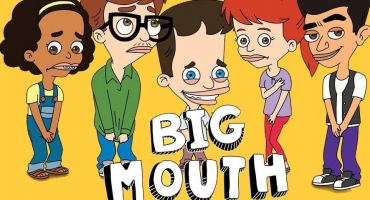 Big Mouth Quiz | Are you a true fan of Big Mouth? Quiz
<strong>Big Mouth Quiz </strong>Are you a true fan of Big Mouth? Quiz Answer simple 10 questions if you know well about Big Mouth. <br></br> Here is another web series quiz for you. You must be happy about it. Because we know, it’s pretty interesting to get some quizzes regarding entertainment. The quiz set is all about the Netflix special Big Mouth. Well, Big Mouth is an American adult animated sitcom brought to you by Nick Kroll, Andrew Goldberg, Mark Levin, and Jennifer Flackett featuring teens based on Kroll and Goldberg's upbringing in Westchester County, New York, with Kroll voicing his fictional younger self. <br></br><strong>The first season contains ten episodes and premiered on Netflix on September 29, 2017. The second season released on October 5, 2018. In November 2018, Netflix announced that Big Mouth has renewed for a third season, </strong>which was preceded by a Valentine's Day special episode on February 8, 2019. The Big Mouth series follows a group of 7th graders, including best friends Nick Birch and Andrew Glouberman, as they navigate their way through puberty with some struggles. Anyway, a number of people loving this web series. And they are expecting to get more of it. Big Mouth has received critical acclaim right after its release. On American review-aggregation website- Rotten Tomatoes, Season 1 has an approval rating of 100% based on 22 reviews, with the critical consensus reading, "Big Mouth's simplistic animation and scatological humor belie its finely sketched characters and smart, empathetic approach to the messiness of adolescence. For the Season 2, Rotten Tomatoes gave a rating of 100% based on 30 reviews. Which means The Big Mouth is incredibly famous. Let’s start the quiz then. 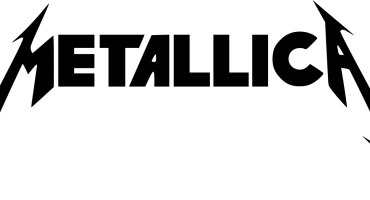 How much do you know about Metallica?
Let us check your updated knowledge for how much you know your favourite show metal band METALLICA 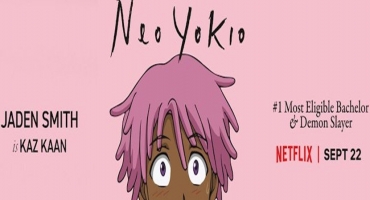 How well you know of Netflix series Neo Yokio?
Test your knowledge by answering these 10 questions!!! Neo Yokio is regarded as the greatest city in the world, in part because it is North America's most populous urban agglomeration. It is also a diverse labyrinth of innovation that is at the forefront of global fashion and finance. 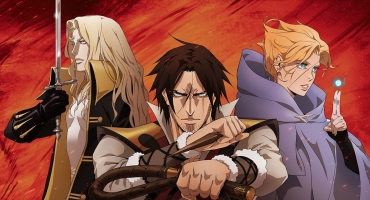 How much you know about this bizarre series Castlevania?
10 questions to prove..!!!! 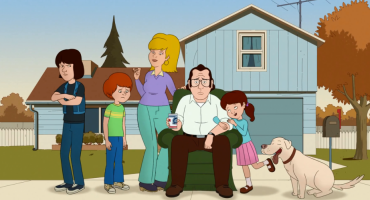 Are you a true fan of F is for Family? Quiz
Answer simple 10 questions if you know well about F is for Family, Set in the 1970s, this animated raunchy comedy is inspired by the life of stand-up comic Bill Burr, who is a co-creator and executive producer of the series. Burr also voices the character of Frank Murphy, a short-tempered veteran who lives in the suburbs with his wife, Sue (Laura Dern) <br>Will there be a season 4 for F is for family? F is for Family is an American-Canadian animated sitcom created by Bill Burr and Michael Price for Netflix. The show is produced by Gaumont International Television and Vince Vaughn's Wild West Television. ... On January 24, 2019, the show was renewed for a fourth season, which is set to be released in 2020. 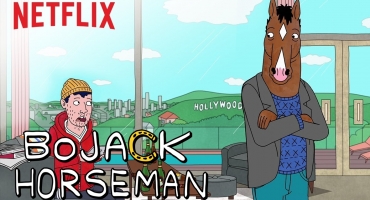 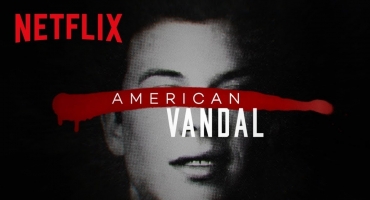 How well you know of Netflix series American Vandal?
Test your knowledge by answering these 10 questions!!! 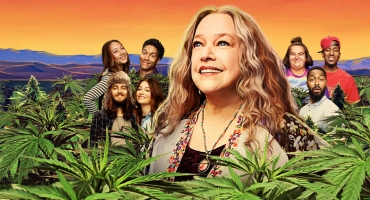 How much you know about this bizarre series Disjointed?
10 questions to prove..!!!!

Atypical Quiz | Are you a true fan of Atypical?
<strong>Atypical quiz</strong> is for fun, If you want to know <strong>Are you a true fan of Atypical? Quiz </strong>Answer simple 10 questions if you know well about Atypical. You have to play this quiz <strong>Are you a true fan of Atypical?</strong> <br></br> Most of the people want to know that am I a true fan of Atypical. So here play this quiz to find out Are you a true fan of Atypical? This is best quiz for Atypical. Here questions are related to Atypical, You will love these questions and enjoy the every question of this quiz. <br></br> Atypical is This heartfelt comedy follows Sam, a teenager on the autism spectrum, who has decided he is ready for romance. In order to start dating -- and hopefully find love -- Sam will need to be more independent, which also sends his mother (Jennifer Jason Leigh) on her own life-changing path.<br></br><strong>Where is atypical filmed?</strong><br> Most of the people want to know that where it is filmed. In this quiz you will find a question about atypical filmed. This is best <strong>Atypical Quiz</strong> Atypical season two is set in contemporary Connecticut, America. The teen drama has a high school setting with the young cast taking the lead. Along with scenes taking place at the high school Sam attends, some of the action is set in the family home <br><strong>Is atypical based on a book?</strong> The show's main character has a very real disorder, but Atypical is not based on a true story. Instead, Atypical tells an original story that attempts to provide an accurate look at what growing up with autism spectrum disorder, is like. 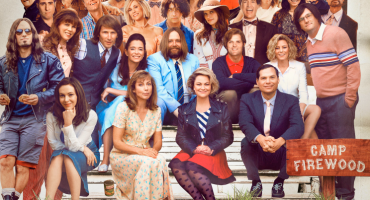