Questionof
You can mute/unmute sounds from here 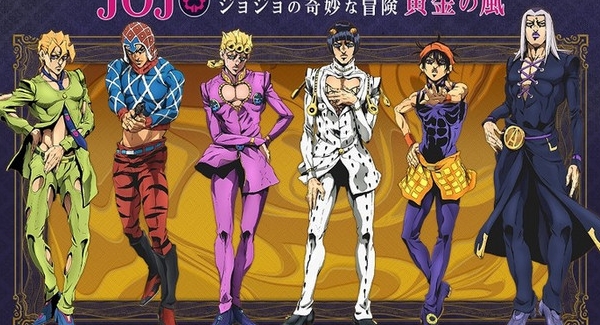 If you search for Vento Aureo meaning, Its meaning is "Vento aureo: gold as in experience, wind that always moves around."

What Vento Aureo (Golden Wind) Character are you? Quiz

Golden Wind, also known as Vento Aureo, is the fifth story arc of the Japanese manga series JoJo's Bizarre Adventure, written and illustrated by Hirohiko Araki. It was serialized in Weekly Shōnen Jump from November 20, 1995 to April 5, 1999.

This is the best quiz to find out the character of Vento Aureo. People love to play this quiz and enjoy the every question of Vento Aureo Quiz. If you Guys need any helps there a comment box, Please feel free to share your suggestions.

Who is the youngest in Golden Wind?

That's right, our main JoJo's Bizzare Adventure: Golden Wind protagonist also happens to be the youngest of the official Bucciarati gang. According to Chapter 539 of the manga, he was born April 16, 1985, which also makes him an Aries.